After months of tension and steady escalation, Russia invaded Ukraine last week. While some investors fret about the disruption of commerce affecting domestic growth prospects, neither Ukraine nor Russia is a particularly large trading partner with the United States, with combined gross trade (exports + imports) with the two countries accounting for 0.15% of 2019 GDP* (the latest data available). However, this does not mean that vulnerabilities are negligible. The potential economic risk has three primary transmission mechanisms: higher global energy prices, further supply chain disruptions and a European economic slowdown resulting from tighter economic ties with Russia, meaning the region would bear a greater burden from sanctions.

Oil prices have been on the rise as recovering demand outpaces supply, following a period of underinvestment in production capacity. This means additional barrels cannot be brought on-line as easily. While a deal with Iran could help, in the near term, prices are likely to continue to have a geopolitical risk premium embedded. U.S. crude oil has climbed above $100 per barrel, a level last seen in 2011-2014. This rise, along with gas around $3.60 per gallon, has many concerned about the potential impact on domestic consumption.

The good news is energy’s wallet share for most American consumers has been secularly declining for decades. While it is likely to pop in the coming quarter on the back of higher prices, efficiency gains and rising incomes mean the impact of higher oil has declined over time. Simply put, consumers are better positioned to handle higher energy costs today than they were 10 years ago, meaning consumption and economic growth should hold up better than they would have historically.

The second primary avenue for the war to impact the U.S. economy is via further supply chain disruption. Ukraine and Russia are key suppliers of many industrial metals and other materials such as neon gas which is used in the manufacture of semiconductors. Russia is also a major supplier of palladium, used in catalytic converters. Disruptions to both of these supply chains would likely have downstream impacts on the already tight auto market.

The ripples will most likely show up in the commodities indicator on the ClearBridge Recession Risk Dashboard, which maintains its overall green signal this month even though it has experienced weakness underneath the surface. This deterioration has been primarily driven by the roughly 50% decline in steel prices since mid-October, along with softer chemicals. Although Ukraine and Russia both produce steel, the price slowdown has been more driven by China in recent months. Importantly, Chinese policy has undergone a U-turn with the country now adopting an overall stimulative policy stance. With commodities remaining green for the time being, there are no signal changes on the dashboard this month. The final primary avenue for economic damage from the crisis is the prospect of a European slowdown or even recession. Europe is much more closely linked with Russia (their fifth largest trading partner for both exports and imports) economically. As a result, economic sanctions are likely to bite harder in Europe. Further, with energy the largest import, natural gas prices in Europe spiked following the invasion from already elevated levels, further burdening consumers. Europe and the U.K. are more meaningful trade partners with the U.S., with gross trade (imports + exports) between the U.K. and the EU27 nations with the U.S. accounting for about 5.5% of 2019 GDP*.

While a European slowdown would be a headwind for domestic growth that is already expected to slow in 2022, it is important to remember that growth is slowing from elevated levels. U.S. GDP was up 5.6% in 2021 (and even more including inflation), the fastest growth seen since 1984. Consensus GDP expectations are currently 3.7% for 2022, on pace for the fastest growth since 2004 (excluding last year). Importantly, Europe experienced a recession in 2012 during their sovereign debt crisis. This did not cause a U.S. recession, even though domestic economic growth at the time was much slower at just 1.5%. Due to high consumption levels and a large current account deficit, the U.S. typically leads the world into a recession, not the other way around.

With the economic consequences for the U.S. likely to be fairly contained, the question has turned to what might this mean for the path of Fed policy? Fed Funds futures have been volatile alongside equity markets but are currently pricing 1.1 hikes in March and 5.4 total in 2022. This is fewer than prior to the invasion, but the trend in recent weeks had already been toward a lower likelihood of a 50-basis point hike in March and fewer total in 2022. Since the invasion, several Fed governors and regional presidents have given speeches with a general message that they were monitoring the situation in Ukraine but for now expected to move forward with plans to begin increasing rates at the March meeting.

Monetary policy aside, history shows that geopolitical conflicts have typically led to short-lived bouts of market turmoil. Historically, the S&P 500 Index has seen a 6% slide over a three-week period around major geopolitical events, with another three-week recovery back to prior levels, on average. Once the lows have been made, equities have done nicely, delivering 6.5% in the first three months from the lows and 13% over the first year. Interestingly, in looking at the last five major wars (Vietnam, Gulf War, Afghanistan, Iraq and Crimea) the market actually bottomed prior to the invasion occurring. While it remains to be seen how events unfold – and we all hope for a speedy and peaceful resolution – the initial equity market response does not appear to be out-of-line with historical patterns.

*GDP with imports added back to create an apples-apples comparison to gross trade (exports + imports). 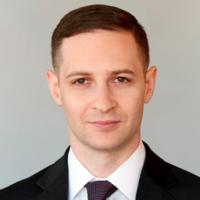 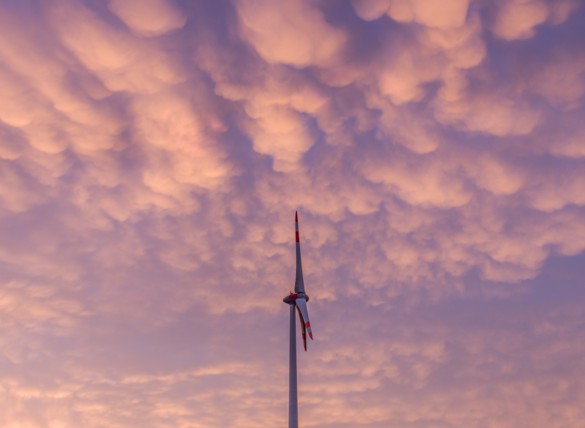 Jeff and Josh compare the current oil price spike to the Arab oil embargo that sparked the 1973-75 recession but note that today’s economy is starting from a stronger foundation as reflected by a green signal for the Recession Risk Dashboard. Cracks are appearing, however, with commodities and credit spreads weakening to yellow during April.