Government policy remained supportive, with continued implementation of previously announced stimulus. Bond rates declined slightly in June, post the June FOMC meeting as the Fed continues with the view that the recent inflation spike is largely transitory, with upside risk able to be addressed through potential tapering discussions later in the year. Strong labour and wage data, combined with large increases in commodity prices, highlight the risk of inflation to the upside. However, significant slack in the labour markets is expected to contain inflation risk. Markets performed solidly on the back of the strong economic data and confidence that the Fed will act accordingly to contain inflation.

American Tower is a leading independent owner, operator and developer of wireless and broadcast communications infrastructure. The company has 41,000 sites in the U.S. and a further 139,000 sites across 19 countries, predominantly emerging markets (India 75k, Latin America 40k and Africa 18k). American Tower performed well after the U.S. network operators announced plans to deploy 5G spectrum, with investment much larger and much sooner than the market was anticipating.

Enbridge owns and operates one of the largest oil and gas pipeline networks in North America. The company also owns regulated gas distribution utilities in Ontario, Canada. Enbridge’s Line 3 Replacement Project received a favourable court ruling regarding the adequacy of its Environmental Impact Statement. This significantly lowers the execution risk for the project and enables the company to place the project into service later in the year.

Cellnex is Europe’s leading independent infrastructure owner and operator for wireless telecommunication. Cellnex share prices increased during the quarter as the overhang from capital requirements dissipated, bond rates stabilised and the focus on M&A opportunities returned with Deutsche Telekom highlighting the willingness to sell their tower portfolio.

On a regional level, the Strategy’s largest exposure is in the U.S. & Canada (55%) and consists of exposure to regulated and contracted utilities (30%) and economically sensitive user pays infrastructure (25%).

For the Global Infrastructure Value Strategy, the primary quantitative tool in portfolio construction is excess return, on which our stock-ranking system is based. As such, driven by valuation, the Investment Committee initiated positions in Canadian rail operator Canadian National Railway and U.S. electric utility CenterPoint Energy.

Crown Castle is the leading independent owner and operator of wireless communications infrastructure in the U.S. with a portfolio of approximately 40,000 towers.

Crown Castle has a strong customer base, which includes the world’s major wireless communication service providers, such as AT&T, T-Mobile and Verizon Wireless. These large carriers have long-term lease agreements with initial terms of 5–10 years, multiple renewal periods, strict termination terms and inflation-adjusted escalations of the rental prices. These factors will likely contribute to stable revenues over long periods. 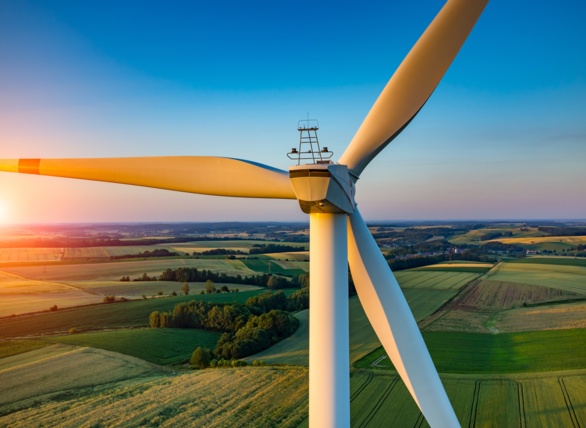