On a regional basis, the U.S. and Canada was the top contributor to monthly performance (+1.77%), of U.S. renewables utilities Clearway Energy (+0.56%) and NextEra Energy Partners (+0.23%) and Canadian energy infrastructure company Gibson Energy (+0.20%) were the lead performers.

Gibson Energy is an oil midstream logistics provider in Western Canada and the U.S. Energy infrastructure stocks continue to perform well in the context of a higher commodity price environment, which improves the outlook for volumes and expansion projects.

Snam is the owner and operator of gas transport, distribution, storage and regasification infrastructure in Italy and its neighbouring European countries. Shares were up after it announced better-than-expected first-quarter results, as well as further confirmation of the essential role of gas infrastructure in driving Europe’s energy independence from Russia mentioned in the latest REPowerEU plan documents.

SSE is a diversified energy utility headquartered in Scotland, U.K. It is vertically integrated, operating over the entire supply chain in the U.K., with generation (including hydro, wind, CCGT), electricity networks and retail businesses (primarily B2B). It is the U.K.’s largest renewable energy generator. Shares corrected after reaching an all-time high in mid-May, mainly due to market uncertainties about whether the U.K. government would extend the windfall taxes on oil and gas companies to power generators.

On a regional level, the strategy’s largest exposure is in the U.S. and Canada (40%) and consists of exposure to regulated and contracted utilities (30%) and economically sensitive user pays infrastructure (10%).

Pembina’s pipelines and facilities assets are poised to benefit from increased throughput volumes as producer activity recovers from pandemic-induced lows and the commodity environment remains supportive. With favourable volume momentum, not only does Pembina collect more fees and revenues for its services, it also should see further growth as the need for debottlenecking and expansion projects increase. 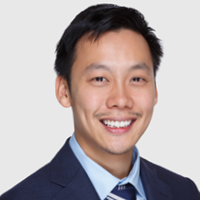